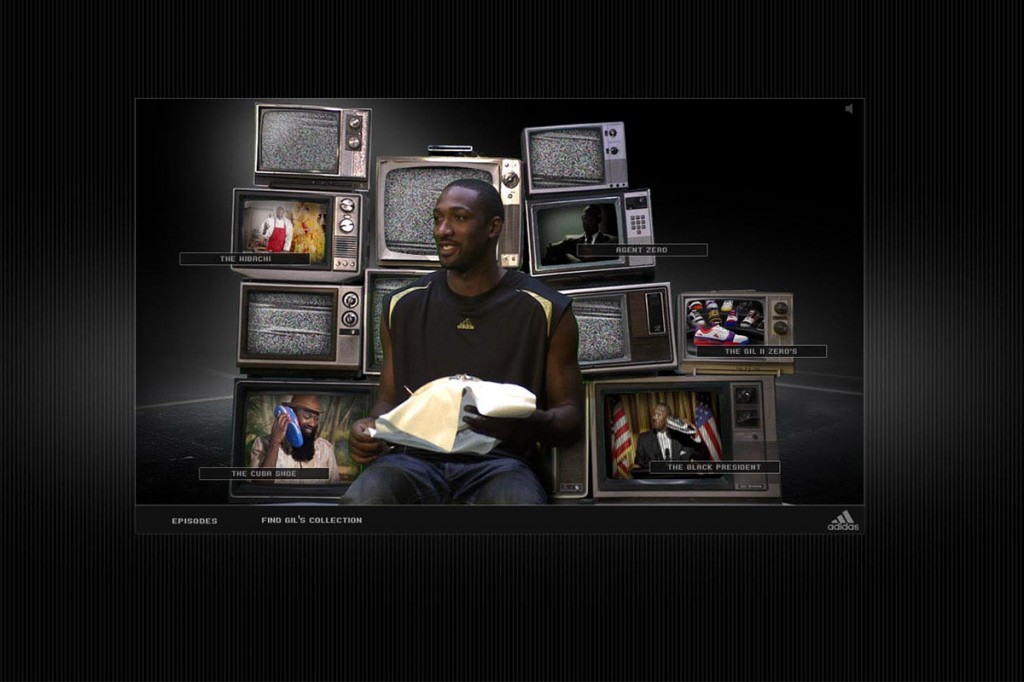 This campaign began years of collaboration with Adidas. Gilbert Arenas was Adidas’s big star and they wanted a quirky site experience to go along with his on court personality, or multiple personalities. Refered to as, “Inside the mind of Gil” We helped Adidas host a series of shoes inspired by Gilbert Arenas multiple athletic personas. Select shoes had back stories or content inspire by Gil. There was a waiting looping cutscene of Gilbert doing things as you browsed. Also inspired by his shoes.

We filmed every content film at the same shoot. With limited time and budget we had to be scrappy. Gilbert was not an actor. Scripts were adapted, costumes put on, and things were improved as needed, directed by yours truly.